Home » Gaming » Chapter 3 Season 3 Battle Passes are up for grabs in the Fortnite Giveaway!

Chapter 3 Season 3 Battle Passes are up for grabs in the Fortnite Giveaway!

Chapter 3 Season 3 Battle Passes are up for grabs in the Fortnite Giveaway. People who play Fortnite are used to getting free stuff. even though the game is completely free to play and relies on V-Bucks purchases. Epic Games gives away or sells a lot of things for free or at a very low price. Just recently, they gave away skins in the Volcanic Ash-Assassin pack and other challenges. In the game, there are a lot of free things to get.

Also, there are a lot of great deals. For only 950 V-Bucks, players get more than 10,000 V-Bucks worth of skins and cosmetics from the battle pass.

The Crew pack is also a good deal when it comes to getting the battle pass. For $12, you can get free V-Bucks, the battle pass, and a skin. This is a great deal. This month, the crew pack comes with two battle passes, which is the best thing that could happen.

In June’s Fortnite Crew pack, there are two battle passes.

With only a few days left in Season 2, Chapter 3 of Fortnite. Most people who want the battle pass already have it. This means that Epic Games’ offer of both Seasons 2 and 3 of Chapter 3 in the Crew Pack isn’t as good as it used to be.

What good is an extra battle pass for a season that has already been finished? Even though it might seem like a bad deal at first, fans who already have the season 2 Battle Pass will still get something out of it.

Fortnite is giving away 2 free Battle Passes for Chapter 3 Season 3 . This deal gives everyone back the V-Bucks they spent on the last battle pass, so everyone wins. In their post about Mecha Strike Commander, Epic Games said the following:

Since the crew pack comes out at the end of the season, it would make sense for the Battle Passes are up for grabs in the Fortnite Giveaway! to be for the next season. However, Epic Games is always trying to help out there players.

If you bought the last battle pass and are now a subscriber to Crew, you will get a V-Bucks refund and all the benefits that the Crew pack already gives.

This doesn’t happen very often, so people who play Fortnite might want to take advantage of it. If leaks are true, the free battle pass for next season that comes with a subscription could be worth it. It’s almost certain that Darth Vader will be in the battle pass.

There are also rumors that Indiana Jones will be the secret skin for the Battle Pass. The Battle Pass for the next season could be one for the ages, and getting it for free if you subscribe to the Crew is a great deal. Chapter 3 Season 3 Battle Passes are up for grabs in the Fortnite Giveaway! 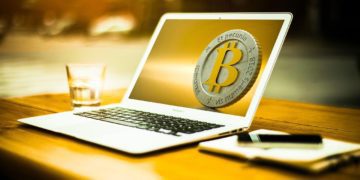