In addition to augmented reality glasses, the company unveils eye-catching advances in its maps app, which will also show buildings inside and its first smartwatch.

Google has presented this week at its I/O developer event some augmented reality glasses that are still in the prototyping phase. The announcement, which coincides with the tenth anniversary of the release of Google Glass, reveals the Palo Alto company’s commitment to a technology that is called to play a key role in the development of the metaverse. During the presentation, one of the functionalities of the lenses was shown: they are capable of translating several languages ​​in real-time and project subtitles on the glass so that the user can follow the conversation.

The glasses don’t look bulky: they actually resemble the ones Meta has launched with Ray-Ban and are capable of taking photos and recording videos. Those of Google has a microphone that picks up the conversation and transcribes it in the desired language, projecting it only for the user’s view. “Augmented reality capabilities are already present in phones and this magic will make sense when it can be used in the real world without technology getting in the way,” said the company’s CEO, Sundar Pichai.

Google’s new project should bury the memory of the failed Google Glass, its first glasses with augmented reality. The launch was a failure. Among the reasons that have been put forward over the years to justify it is that consumers were not prepared to deal with this technology.

But this has not been the only novelty presented by Google. The company has ready a substantial improvement to Google Maps, its mapping and navigation service. The company showed yesterday at I/O a hyper-realistic immersive mode (they call it Immersive View), which allows you to navigate through three-dimensional maps made up of billions of real images with the help of artificial intelligence.

Introducing an immersive view — a whole new way to explore on Google Maps. 🌎

You’ll be able to experience what a place looks and feels like before you arrive, powered by advances in AI that allow us to fuse together billions of Street View and aerial images. #GoogleIO pic.twitter.com/UCj7cInz2R

The tool will also allow you to recreate certain meteorological conditions, such as rain, clouds or sun, in the chosen places, and see how the appearance of the map changes. It will also be possible to visit the interior of some buildings. The most iconic of each city will be available, but also restaurants or establishments that want it.

The rollout of this enhancement will be gradual. Pichai said that it will begin to be offered “throughout 2022” in some cities around the world, to which more will be added over time.

Another of the star announcements these days has been the launch of its first smartwatch, the Pixel Watch. With a striking design, the company thus enters a market in which some of its main competitors, such as Apple or Samsung, are years ahead of it. There weren’t too many details about its features, or if it will differ significantly from other watches of this type, but it was said that it will be available this fall. 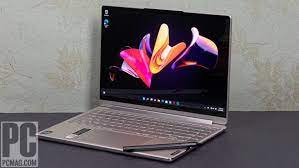 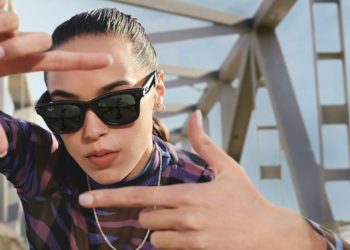