Around 11:30 am on the 8th, former Prime Minister Shinzo Abe (67) of the Liberal Democratic Party, who was giving a support speech for the Upper House election, was shot in front of Kintetsu Yamato-Saidaiji Station in Nara City . Abe bleeds from his neck and chest and was taken to the hospital with cardiopulmonary arrest, but died at 5:03 pm.

The man believed to have fired was arrested at the scene, and the prefectural police arrested the current offender on suspicion of attempted murder.

The unprecedented post-war incident in which an experienced prime minister was killed during the election shocked both domestically and internationally. Prime Minister Fumio Kishida accused reporters at his prime minister’s office of “the sneaky barbarism that took place during the elections that are the basis of democracy, and can never be forgiven.”

According to the prefectural police, the man is Tetsuya Yamagami (41), whose occupation is unknown in Omiya-cho, Nara City. “I didn’t do it because of a grudge against former Prime Minister Abe’s political beliefs,” he said. The prefectural police searched the house of Mr. Yamagami on the afternoon of the same day. We will investigate detailed motives in the future.

At the hospital attached to Nara Medical University, Professor Hideyoshi Fukushima (emergency medicine) of the same university held a press conference and revealed that the cause of death was blood loss. There were two gunshot wounds on the neck, some of which were deep enough to reach the heart. He underwent thoracotomy, but no ammunition was visible, and one shot may have penetrated through his left shoulder.

According to a Ministry of Defense official, Yamagami was hired as a fixed-term SDF officer in 2002, and was discharged after completing his three-year term in 2005. He was also trained in live ammunition in the Maritime Self-Defense Force units he was assigned to.

Watch the video of whole incident and aftermath, below

Here is the Footage of the moment when Japanese former prime minister Shinzo Abe was assassinated while delivering an election campaign speech in the city of Nara.

Around 11:30 am on the 8th, Ex-Japanese Prime Minister Shinzo Abe, who was giving a speech on the street, was shot with a shotgun in front of Kintetsu Yamato-Saidaiji Station in Nara City.

Two gunshots during the speech by former Prime Minister Abe. You can Watch Shinzo Abe shooting video on Twitter by going on this link. GRAPHIC CONTENT WARNING. 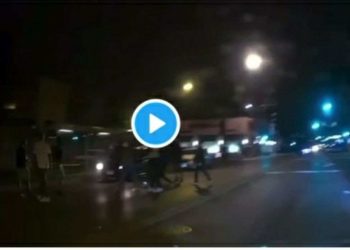 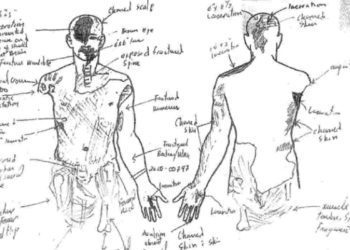