Home » Technology » The Nothing Phone (1) could be announced this week

The Nothing Phone (1) could be announced this week

One of the most anticipated Android phones of the year, the Nothing Phone (1), could surprise and appear in a few days.

A few days after the end of the previous month we had a leak that indicated the month and the price of the Nothing Phone (1) . Although if we are guided by today’s date, they were wrong on that date, but correctly on the date, since it was indicated that it was the month of July. In this new leak it is said that this Android phone could drop this week.

The Nothing Phone (1) little by little

But now the story changes quite a bit, since it is the same Carl Pei from Nothing who a week ago compiled the details of this new Android phone. And now he even posted a tweet where he says “this week.”

According to source, we know of this novelty coming from one of the founders of OnePlus who really wants this Nothing Phone (1) to be a mobile man to enter the currently difficult telephony market.

Now we know the week, but we are missing the day, for which we should have a confirmation shortly, if not in hours . Other details that have been emerging from this phone have been the operators that will work with it, such as O2 in the United Kingdom or Deutsche Telekom in Germany.

Regarding that leak that indicated the launch date of the Nothing Phone (1), it may fit more with the one that the phone will begin to be distributed, since it would be on July 21.

Of course , some of the specifications given are its 6.55″ OLED screen with FHD+ resolution for a flat front and thus become one of the most desired phones; especially because of who it comes from and how OnePlus began its similar journey. shape, so you have to pay attention to the format and its price, which will be around $534. 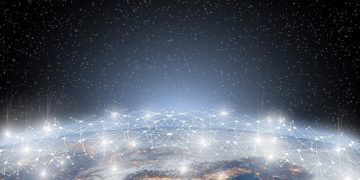