Lee Jongsuk is one of the most popular K-drama heartthrobs of this decade. Yoona, a stunning member of Girls’ Generation, stars in the new MBC and Disney+ K-drama Big Mouth. Which is a hard-core thriller with a 7.7 rating on IMDb after only two episodes.

Jongsuk’s performance as Park Changho is so good that you get goosebumps during the prison scenes where Changho has lost all fear of giving up. Fans can’t say enough good things about Yoona in the role of Miho, which she plays to perfection.

RELEASE TIME OF BIG MOUTH ON DISNEY PLUS

Around 12 a.m. KST (11 a.m. ET) on Disney+ in many countries, the drama will be available with subtitles.

PREVIEW OF EPISODE 3 OF BIG MOUTH

The preview for Big Mouth episode 3 shows that Miho now works at Gucheon Hospital, where the director is Hyun Joo-hee, who is the wife of Mayor Do-ha. While Miho looks for clues in the hospital, Changho has become a bit of a leader in the prison, where people now look up to him.

But Miho and Changho still have a long way to go because of powerful forces they can’t see. Jihoon (Yang Kyung-won) tells the prison to keep Changho alive at any cost. Episode 3 will give us more clues about who put Changho in the frame.

ALSO READ: ‘THE SANDMAN’ HAS BEEN TALKED ABOUT SINCE 1816, AND GERMAN GOTH HORROR

RATINGS OF EPISODES 1 AND 2

With steady ratings for episodes 1 and 2, Big Mouth is off to a good start. The Nielson Korea chart shows that episode 2 of Big Mouth had a national rating of 6.1 percent, while episode 1 had a rating of 6.2 percent.

ALSO READ: Seven details that explain why ‘The Squid Game’ is on its way to being one of the most-watched series in Netflix history 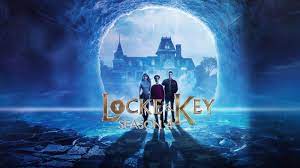 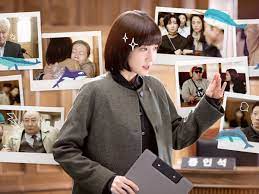